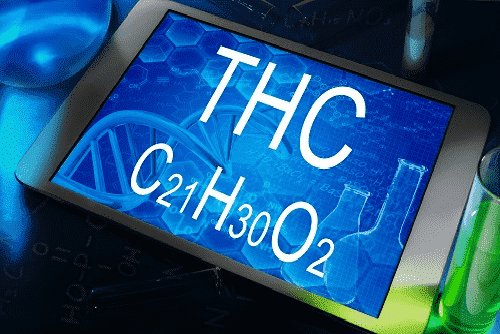 09 Aug Classification and Properties of Cannabinoids

Posted at 09:08h in Cannabinoids by Hilton Elske
0 Likes
Share

Each of these categories of cannabinoids has its own properties and affects the human organism in a different manner, but in this article we’ll only discuss the most important phytocannabinoids and their characteristics.Keep in mind that both cannabis and hemp are produced from the same plant, the former being the narcotic strain of Cannabis sativa, while the latter is the fiber-producing strain of the plant.

The most known phytocannabinoids are CBD (cannabidiol) and THC (tetrahydrocannabinol), but the cannabis plant also includes CBG (cannabigerol), CBE (cannabielsoin), CBT (cannabicitran) and CBL (cannabicyclol). These are the most important cannabinoids found in C.sativa, the plant containing a total of 66 such chemicals.

THC is the psychoactive component of the cannabis plant and exerts its effects by binding to the CB1 receptor in the brain. The cannabis plant contains around 25% of D9 THC and a low concentration of D8 THC, so the substance that gets people high is D9 THC.

Still, this compound also has positive health effects, studies showing that tetrahydrocannabinol has analgesic and neuroprotective properties. It also seems to be a natural anti-inflammatory agent, able to reduce neuroinflammation and to stimulate the birth of new neurons.

CBD counteracts the psychoactivity of THC and is the most beneficial compound extracted from the cannabis plant, having strong antioxidant and anti-inflammatory properties, and being an excellent neuroprotector, antidepressant and anxiolytic agent. It’s also been suggested to alleviate symptoms of schizophrenia.

CBN results from the degradation of THC and is found in lower amounts in the cannabis plant. It has a higher affinity to the CB2 receptor so it’s not as psychoactive as THC. Cannabinoids exert their effects inside the body by interacting with specific receptors found in the central nervous system, immune system and so on, but the psychoactive effects are the result of cannabinoids interacting with CB1 and CB2.

CBG, another phytocannabinoid, binds to the CB2 receptor but is non-psychotomimetic, so it doesn’t make one high. It’s found in higher concentrations in hemp strains, and assists in the regulation of serotonin, adrenaline and noradrenaline release. By inhibiting the uptake of GABA in the brain, CBG decreases anxiety and muscle tension is a similar manner to CBD.

Finally, CBC or cannabichromene is also a non-psychoactive cannabinoid, found mostly in tropical cannabis varieties, but in very low levels (less than 1%). It has been suggested to have strong analgesic and anti-inflammatory properties, and to enhance the pain-relieving effects of THC.

Of all these cannabinoids, Elixinol contains CBD in the highest concentration. To learn more about its beneficial effects, check out this article on the uses of CBD oil.