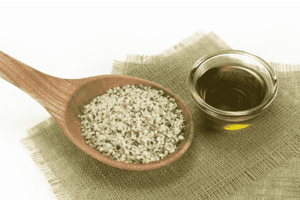 Posted at 08:01h in Cannabinoids by Hilton Elske
0 Likes
Share

We’ve reached our 6th article in the Cannabinoids Explained series and we’ll dedicate this one to CBE and CBL or cannabielsoin and cannabicyclocl, as these compounds are scientifically called.

First observed in 1983 by researchers at the Ohio State University, CBE forms from cannabidiol during the metabolic process, so it is a metabolite. After this first mention, the compound has been studied by a team of researchers at the Hokuriku University, Japan, who were particularly interested in the mechanism of biological formation of CBE from CBD.

CBL at its turn is a degradative product which forms when the Cannabis plant is exposed to light, from cannabichromene (CBC). This substance was first identified by Korte and Sieper in 1964, the two scientists isolating CBL from the cannabis plant through a method called TLC, thin-layer chromatography.

Although less known than other cannabinoids, these two compounds deserve to be discussed here in order to help you get a better idea of how complex this class of substances. Until now there are no reported pharmacological uses for CBL or CBE, but it’s worth knowing how these compounds occur in the Cannabis plant or inside the human body.

What studies say about CBL and CBE

CBL is not psychomimetic, therefore it doesn’t cause hallucinations and doesn’t induce the euphoric sensations that are triggered by THC or other psychoactive cannabinoids. This substance isn’t scheduled by the Convention on Psychotropic Substances.

In what concerns CBE, the 1983 study observed suspension cultures of Cannabis sativa and Saccharum officinarum, showing that the cannabinoid appears under normal growth conditions from CBD in these cultures.

According to this study, CBE was found in the liver of the guinea pig that was administered CBD intraperitoneally, 1 hour before sacrifice. The compound showed little effect on body temperature and pentobarbital-induced sleep.

One year later the same team of researchers showed that CBD is biotransformed to an intermediate compound, which is then immediately converted to CBE. The purpose of this study was to elucidate the formation mechanism of cannabielsoin, researchers observing the process in the guinea pig, rat, mouse and rabbit in vitro.