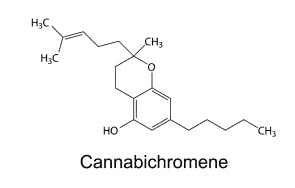 Posted at 08:36h in Cannabinoids by Hilton Elske
0 Likes
Share

We continue our Cannabinoids explained series with Cannabichromenes (CBC), a compound that is naturally found in the cannabis plant and is similar to other cannabinoids discussed until now – THC, CBD and CBN.

CBC is less popular than other phytocannabinoids but has multiple health benefits, studies showing that this compound can provide relief in a series of conditions thanks to its analgesic effects, and that cannabichromenes may have anti-inflammatory and anti-viral properties.

Cannabichromenes (CBC) is obtained from CBG-a, considered the “stem cell” of cannabinoids because it is the precursor for the most important compounds in the cannabis plant, THC, CBD and CBC. In order for CBC to be produced, cannabigerolic acid is converted with the help of specific enzymes into CBC-a, or cannabichrome carboxylic acid.

When exposed to heat, the acid undergoes decarboxylation and loses a molecule of carbon dioxide, generating CBC. The phytocannabinoid has been successfully used as natural remedy for migraines and is non-psychoactive, just like CBD.

What studies say about cannabichromenes (CBC)

Cannabichromenes has been shown to fight bacteria and fungi, including E. coli and S. aureus, having strong antibacterial effects. According to researchers at the University of Mississippi, the compound is efficient against gram-positive, gram-negative and acid-fast bacteria.

Another study, this time conducted by Italian researchers, showed that CBC might be effective in reducing pain, although its effects are not as strong as THC’s. Then, the phytocannabinoid has been found to exertantidepressant effects in rat models. Scientists at the University of Mississippi have showed that CBC contributes to the mood-enhancing effects of Cannabis sativa, although it activates different pathways than THC.

The anti-inflammatory effects of CBC have been proven by several studies, one of them, published in the British Journal of Pharmacology, showing that the compound can reduce inflammation of the intestinal tract.

CBC also reduces swelling and, more interesting, the cannabinoid is likely to stimulate brain growth. According to researchers, CBC stimulates neurogenesis or the process through which brain cells develop, so it might be a potential solution for conditions that affect memory and learning, as well as for disorders like Alzheimer’s or depression.

Another very interesting property of cannabichromenes is its ability of inhibiting the growth of cancerous tumors in breast cancer. CBC inhibits the uptake of anandamide, a compound that is an endocannabinoid, so anandamide remains in the bloodstream for longer. By exerting its anti-proliferative effects, anandamide reduces the risk of breast cancer.