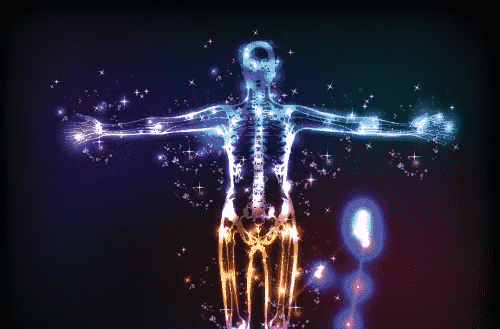 29 May What Is the Endocannabinoid System and How It Works

Posted at 08:46h in Cannabinoids by Hilton Elske
0 Likes
Share

Named after the marijuana plant Cannabis sativa, the Endocannabinoid system is a communication system between the brain and the human body, with a strong impact on a series of functions from feelings and mood to pain perception and movement.

The endocannabinoid receptors are found throughout the body, and depending on their location, they exert a different action on the organism.

Some receptors are found in the brain, others in glands and other in immune cells, the main role of these receptors being to maintain the body’s internal equilibrium, or homeostasis.

Research has shown that inside the human body there are two types of cannabinoid receptors: CB1 and CB2, the most important ones being those located in the brain and immune system. Cannabinoids from the Cannabis plant can bind to these receptors, acting to change the way the organism functions.

How the endocannabinoid system works

Neurons communicate with each other and control the human actions by sending messages through some chemicals called neurotransmitters. These are released from a nervous cell and travel across a synapse, which is the gap between two neurons.

Then, the neurotransmitters attach to a specific receptor, which is found on a nearby neuron. This is how the nervous signal is transmitted and how actions are triggered inside the human organism. The endocannabinoid system though acts in a different manner, although it also favors communication between cells.

Cannabinoids, the chemicals which activate the receptors, travel backward from the second to the first neuron in the previously described system. So when the postsynaptic neuron is activated through a neurotransmitter, cannabinoids are produced from fat cells which are already there, and are sent backward, to the presynaptic neuron. There, they attach to the cannabinoid receptors.

Although it may look like cannabinoids act after neurotransmitters, in fact their action is exerted on the presynaptic neuron, which means that they can actually control what happens next, when the nervous cells are activated. Cannabinoids limit the amount of neurotransmitter that gets released and thus affects the transmission and reception of the nervous impulse.

What if I don’t use cannabinoid-rich products?

Indeed, this is an excellent question, as the greatest impact on the endocannabinoid system is exerted by cannabinoids from plants, like CBD, THC or the other compounds described in our Cannabinoids Explained series of articles. However, the organism also produces limited amounts of these chemicals.

The most known and better-researched endocannabinoids are anandamide and 2-arachidonoylglycerol (2-AG), synthesized on-demand and having a short half-life. Phytocannabinoids are more powerful, especially CBD and THC, and studies suggest that these compounds coming from plants have a variety of therapeutic properties, being suitable for medical applications.

In people who use phytocannabinoids, these compounds work together with the endocannabinoids produced by the organism, so the activity of the naturally produced cannabinoids is not affected by the use of such products.